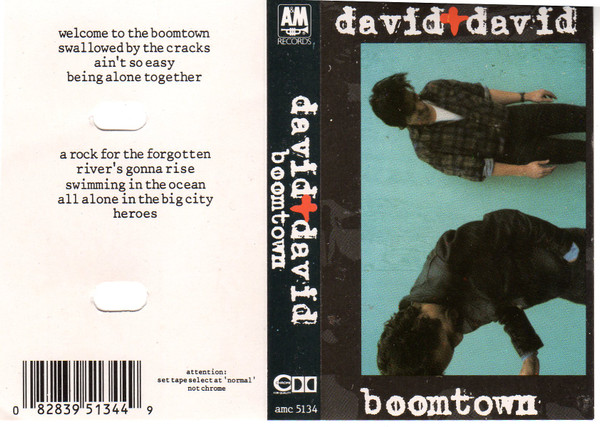 Welcome back to The Turntable Talk. As before, we’ve invited some other interesting music writers to share their opinions on a single topic, and we’ll be running their replies this week. Previous times we’ve looked at the influence of The Beatles, pros and cons of live albums, and the impact of MTV and music videos. This time around, we’re looking at “out of the blue”… debuts that came out of nowhere and really took listeners by surprise. Albums, or singles, that made you turn your head and say “that’s great! Who is that!?” Let’s hear about the great entrances to the musical stage and why they so impressed you… and perhaps if the act would go on to live up to that early potential or not.

Today, we have Max from Power Pop Blog, who looks back to an under-rated ’80s act. He covers an array of music, movies and more daily at Power Pop Blog, we highly recommend having a look. He writes:

Out of the Blue… What are some great debuts that probably took you by surprise?

I thought about the question that Dave proposed. There were some great debuts that I loved in my lifetime. I wanted to take a debut album out of the ’80s… that decade has always been a bit dodgy for me. I thought about The Georgia Satellites or The Black Crowes but I wanted something that wasn’t automatic for me…that really caught my attention and sounded a little different from the usual things I liked.

I came up with David and David. Their album was called Boomtown. I’ve always thought of this album as a lost classic of the 1980s. I bought the cassette the minute I heard “Swallowed By The Cracks”. I had heard and liked the “Welcome to the Boomtown” single a little earlier. This album has an eighties sound which I usually don’t like but the synth here creates an atmosphere not a dominate force and it fits. These are some really good songs that the slick production doesn’t bring down.

The two Davids were David Baerwald and David Ricketts. They were a good team that would prove successful outside of this album. Both of them helped write Sheryl Crow’s debut album (Tuesday Night Music Club)…Baerwalk ended up co-writing seven songs and Ricketts co-wrote four.  David and David broke up after their only studio album which really disappointed me because I was really looking forward to their follow-up. Many years later…in 2016 it was reported that they were working on their second album but that seem to stall.

The reason I liked the album was their storytelling songwriting and Bearwald’s voice. It wasn’t the usual monotone singing voice that was popular in the ’80s. Bearwald doesn’t have the greatest voice in the world… but it has so much character that he is inside the people he is singing about.

The album was not a collection of pick-me-up songs. The songs reflect a grim reality of a cast of characters struggling to get by in mid-1980s America. The characters in Boomtown clearly aren’t in places where they thought they’d be. I was just 19 in 1986 and I was afraid I would be able to relate to these characters in a few short years to come. I worked with these people every day while taking a year off after high school graduation…waiting to go into college.

The album dwells on dreams and broken promises. Don’t think this album is in any way a downer to listen to though. These are the stories of real life and real people. You can feel the Springsteen vibe with all of the self-contained story songs but without sounding like Springsteen.

Let’s look at the first single from the album…”Welcome To The Boomtown”. It starts off with a killer line: Ms. Cristina drives a nine four four and goes on with a tale of decadence. That first line caught me and never let me go. You have the popular guy everyone knew in school…in this case, Kevin: Handsome Kevin got a little off track, Took a year off of college, And he never went back, Now he smokes too much, He’s got a permanent hack
Deals dope out of Denny’s, Keeps a table in the back.

“Deals dope out of Denny’s”… is pure Americana in a warped way…but Americana all the same. I knew a Kevin or two that fit this description. The song peaked at #37 in the Billboard 100 in 1986.

Now for my favorite song on the album and the one that hit home more than any other. The song “Swallowed By The Cracks” had me thinking…this could easily happen to me and my friends…and some of it did. It carries the theme that things don’t always turn out as you thought they would. I was an old soul at 19…I really thought I was old so these songs not only seemed possible…it seemed probable.

You get a little optimism going and then it falls back to the reality of what really happens.

Now for the last single, that was released…”Ain’t So Easy”.

The album was successful. It peaked at #39 on the Billboard Album Charts, #39 in Canada, and  #33 in New Zealand from 1986-87. It wasn’t just a 3 single album…there is not a track that I don’t like. They cover a lot of ground with the reggae inflections of “Being Alone Together”, funky grooves of “Swimming In The Ocean”, and even a slightly country twang to the closer “Heroes.”

An album that deserved to do better and still stands up today in our times.