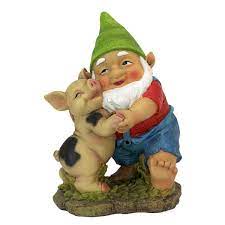 What a difference a few – or 16- years makes! Today it’s all about The Thin White Duke, Ziggy Stardust, Starman…aka David Bowie.

On this day in 1983, he put out his smash Let’s Dance, the biggest-selling record of his career. But…it was on this day back in 1967 Bowie put out his first album. That might seem appropriate given his talent and stature in rock history and given that year’s prominence in developing the sound with the likes of Sgt. Pepper… and the emergence of The Doors. Only Bowie’s entry to the scene wasn’t quite that celebrated. In fact, it’s probably fair to say it was pretty bad! Just prior to the album release, his single, “The Laughing Gnome” came out. You’re forgiven if you’re not that familiar with it. It isn’t up there with “Fame” or “A Space Oddity” when it comes to recurrent radio play!

The song was a very odd, “whimsical” tune about, well, a jolly gnome. Bowie sang the regular parts , with reference to “his tiny hands on his tummy” and so forth, as well as the gnome bits. The latter were accomplished by speeding up his voice until it was chipmunk-like, assuring listeners he was the laughing gnome, “Ho ho ho, hee hee hee.” The song would have been buried in the annals of forgettable music had Bowie not gone on to bigger and better. When his star was on the rise, his label re-released it as a single in 1973 in Europe (when “A Space Oddity” , also a re-release, was riding high over here) and remarkably, it got to #6 in the UK! A copy of that 1973 release, by the way, might fetch you something like $20 online but if you have a copy of the original Deram Records , 7” single from 1967, you might ask yourself why? Nonetheless, your surprising taste in music over 50 years back could pay off as apparently there are people who will buy it for around $300, the going rate.

His biographer David Buckley thought it was a “supremely catchy children’s song” but most agreed with the NME which called it “the most embarrassing bit of his career.” We expect Bowie agreed with that assessment; when he had a fan vote in 1990 to see what song they wanted added to his “Sound + Vision” concerts, this song was leading. So he scrapped the vote. Seems Bowie got the last laugh, not the gnome