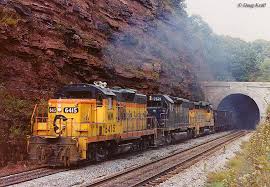 Something a little different to start today off with. I just noticed recently the number of blogs posted on A Sound Day and lo and behold, this one is #1000! So before we get to today’s regular posts, first I wish to thank all of you who’ve been reading and even more, those who comment! It means a lot to know that there are some who take the time to see what I’m prattling on about from day to day, and hopefully finding it interesting and perhaps either remembering some great music you’d forgotten about or else discovering some new sounds you like. As a DJ I know often said, “it wouldn’t make any sense me doing what I’m doing here if you weren’t there listening”… or reading in our case.

So in honor of post #1000, I just thought I’d write a wee bit about a song I’ve not covered much at all yet in the year+ this site’s been around, but is a song that means something to me. Almost a personal anthem, in fact. “Driver 8” by R.E.M. A single off their 1985 Fables of The Reconstruction album.

Fables…was the Georgia band’s third album, but was a departure for them both literally and sonically. It was the first one they’d recorded away from the Deep South – far away in fact, London, England – and they were homesick. They reactively put together an album of songs reflective of their southern roots they so missed in the British rains. The album also expanded their sounds somewhat, with songs that were flat out country-ish (“Wendel Gee”), radio-pop (“Can’t Get There From Here”) and neo-psychedelic (“Maps and Legends”, “Life and how To Live It”) mixed in with their more familiar jingle-jangle rock they’d mastered on the previous couple of records. “Driver 8” however, has been described as the “protoypical R.E.M. song” with Peter Buck’s jangly, rising Rickenbacker at the core.

Buck says he came up with the guitar bits inside of 5 minutes and at times has been dismissive of it and alternately saying it’s a rather brilliant little riff. The band say the same basic chord structure and pattern was used again on their hits “The One I Love”, “Bang and Blame” and especially “Imitation of Life.” Likewise, singer Michael Stipe has suggested not to read too much into the lyrics, he didn’t even think much about them but has also said when he listens to it he’s thought “Wow! That’s really good! You’re not the hoax you think you are!” Really good it is. “Driver 8” perhaps is the closest R.E.M. has come to putting together a classic, ’60’s-style standard riff that would be worthy of sitting side by side with the classics from the Stones or middle-era Beatles. Rolling Stone, in one of the three articles they ran that year about the album, suggested it was the “strongest single” they’d put out to that point and noted it’s “Byrds-like” sound.

Why do I love it? Several reasons. I remember the first time I heard it, not something I can say about a ton of songs. Sometime a couple of years after the album had been released. I already had Lifes Rich Pageant , their follow-up album and liked it, and knew a few of their earlier songs like “Pretty Persuasion.” I walked into a record store in the mall near where I lived and they were blasting “Driver 8”. I recognized it as being R.E.M. – Stipe’s voice is pretty distinctive- but didn’t know the song. Another R.E.M. song followed and I went to the counter to see what it was. I walked out of the store with a copy of Fables of the Reconstruction, forgetting whatever it might have been I’d gone in looking for initially. The whole album was outstanding but it was “Driver 8” that really caught me.

Not only is it to me a darn near perfect riff, the lyrics grabbed me right away. Oblique as all Stipe lyrics were back in the day, they were decipherable enough to give away two things about the song. It was train-inspired (Stipe says trains and train travel “represent part of ‘mythological America’”) and they were uplifting… inspirational. Now ever since I was a little boy, I loved trains and spent a number of hours of my childhood both playing with HO scale model trains and standing around in a park near my house watching freight trains rumble by. So that spoke to me. But what was more, the lyrics really seemed oddly profound to me.

“The walls are built up stone by stone, hills divided one by one” it starts, true enough points and a reminder how every big job gets done by little step after little step. Rome wasn’t built in a night as the saying goes. The chorus of course resonates that theme. “We can reach our destination, but it’s still a ways away.” It made sense to me then, makes sense to me now. No matter what it is I’m striving for, it’s in each but it’s still a ways away. I need to keep on rolling, building it up, stone by stone.

The icing on the cake was a few years after that when I saw the video for the song, which Stipe has called something like “a nice train video for a nice train song.” Flying in the face of the fashion of the mid-’80s, they eschewed hot girls in stylish cars, live performances of them lip-synching the tune or computer-animated characters to have four minutes of footage of, yep trains. Not any trains mind you, a Chessie System rail yard in Virginia. Chessie was a short-lived railroad of the ’70s formed by merging the B&O and C&O railroads of Monopoly fame with another short line, the Western Maryland railroad. The Appalchian/Midwestern rail line with its flashy yellow and orange locomotives and navy and yellow boxcars was a favorite of nerdy railfans like me (it in turn merged with another line and became part of CSX Transportation.) It didn’t get much better than that!

“Driver 8” is one of the fewish songs I can listen to almost endlessly and enjoy. There’ve been times when I felt very low and “Driver 8” reminded me to keep at it… we can reach our destination! The fact that it barely registered on the charts back in ’85, means there’s little danger I’ll get sick of it since I pretty much have to decide when to listen to it. Radio hasn’t given it the “Losing My Religion” treatment, let alone the “Bohemian Rhapsody” by Queen treatment. In fact, it’s quite a shock to me when I do hear that distinctive opening riff blasting from a radio.

When I self-published a book of inspirations a couple of years back, I decided I might as well make myself an “imprint” to put it under and named my ergo company DRiver 8 Publishing in honor of the inspirational song. I capitalized the first two letters since they happen to be my initials.

So just a little added bit for today. Do you have a “personal anthem”? I’d love to know what it is, and why. Feel free to tell us about it in comments!

4 thoughts on “June 1 – On Trains, Rickenbackers And Milestones”